Cambridge has made a definitive contribution to our understanding of the brain. Discoveries such as the neuron and the transmission of nerve impulses have led to the award of eight Nobel Prizes for our work in this field.

However, after 100 years of trying, scientists still don’t understand what mental illness really ‘is’ – we don’t know how and why brain activity produces its symptoms. For too long, conditions such as bi-polar disorder, anxiety and schizophrenia have been pigeon-holed as ‘psychiatric’. This has led to doctors and researchers neglecting to engage deeply with their fundamental biological causes.

Cambridge has begun breaking down the barriers between neuroscience and the study of mental health, and the results are already promising. In one recent project, researchers led by Professor Barbara Sahakian developed an Apple iPad game to treat the damage to patients’ cognitive functions in schizophrenia.

The game, 'Wizard', was the result of a nine-month collaboration between psychologists, neuroscientists, a professional game-developer and people with schizophrenia. “We need a way of treating the cognitive symptoms of schizophrenia, such as problems with episodic memory, but slow progress is being made towards developing a drug treatment. So this study is important because it demonstrates that the memory game can help where drugs have so far failed”, Professor Sahakian explains.

This study is important because it demonstrates that [a] memory game can help where drugs have so far failed.

This is one example of why we must unite our psychiatric and neurological expertise, and remove the outdated barriers between them. We will seek to understand and develop new treatments for all brain disorders together – from molecule to mind.

Recent studies have shown that the gene most often associated with schizophrenia is not in the brain, but in the immune system. And so another barrier that a new cross-cutting programme of research in neuroscience and mental health will break down is that between the brain and the body.

This work will build on the development of Campath 1-H, a transformational treatment for multiple sclerosis developed at Cambridge that works by targeting the immune system. As one of our top priorities in this fundraising campaign, we have a bold plan to develop research in neuroscience and mental health. To discuss making a major gift to this bold project, please get in touch.

Make a gift online now or discuss your philanthropic objectives by contacting me. 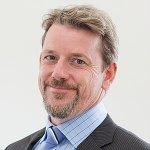 Find out about other ways to give.

New brain networks come ‘online’ during adolescence, allowing teenagers to develop more complex adult social skills, but potentially putting them at increased risk of mental illness, according to new research published in the Proceedings of the National Academy of Sciences (PNAS).

Anna Chaplin is a PhD candidate in the Department of Psychiatry who studies the association between depression and cardiovascular health in young people. Here, she tells us about teaching herself to code, her department’s support of students, and putting your mental health first.

An international team of researchers has identified key networks within the brain which they say interact to increase the risk that an individual will think about – or attempt – suicide. Writing in Molecular Psychiatry, the researchers say that their review of existing literature highlights how little research has been done into one of the world’s major killers, particularly among the most vulnerable groups.