Dr Clare Jackson’s 'Devil-Land: England Under Siege, 1588-1688', an extraordinary account of one of the most turbulent periods of English history, has won the Wolfson History Prize 2022, the most prestigious history prize in the UK.

It’s thrilling to join the hugely distinguished list of previous prize-winners and to share in the celebrations of the Wolfson History Prize’s special 50th anniversary year.

The winner was announced in an in-person ceremony on 22 June featuring guest appearances, including Professor Suzannah Lipscomb, and commentary from the Chair of the Wolfson History Prize Judges Professor Sir David Cannadine.

The ceremony took place at the Wallace Collection, London, and is also available to watch online. The Wolfson History Prize is awarded annually to a work of historical non-fiction which combines excellence in research and writing, with readability for a general audience. It is the most valuable non-fiction prize in the UK.

Dr Clare Jackson is Senior Tutor and Walter Grant Scott Fellow in History at the University of Cambridge, and a Fellow of Trinity Hall.

Devil-Land: England Under Siege, 1588-1688 (Allen Lane) is a sweeping retelling of England’s seventeenth-century and the political upheavals it endured as told from the outside. Described as “a history with a difference,” Devil Land is a reflection on one of England’s most radical periods as told by European ambassadors and observers of the era. From the execution of monarchs to a bitter civil war, Dr Jackson offers the international perspective on England as “a failed state; a byword for seditious rebellion, religious extremism and regime change.” Devil Land offers an important and necessary reinterpretation of England and English history.

Sir Richard Evans, Judge of the Wolfson History Prize, commends Devil Land for its success in challenging the accepted narrative about this period of English history, and how it illuminates in wonderful and unfamiliar detail the realities of this complex and difficult era.

2022 marks the fiftieth year of the Wolfson History Prize by the Wolfson Foundation. The Prize is awarded annually for a work of historical non-fiction which combines excellence in research and writing with readability for a general audience. To mark its anniversary, the prize fund was increased from £40,000 to £50,000 this year, with each shortlisted author also receiving £5,000.

“I’m delighted and deeply honoured to have won the Wolfson History Prize which recognises historical writing that combines academic scholarship with accessibility for a broad readership. It’s thrilling to join the hugely distinguished list of previous prize-winners and to share in the celebrations of the Wolfson History Prize’s special 50th anniversary year. I’m so grateful, not only to the Wolfson Foundation but also to my publisher Allen Lane and colleagues, friends and family for so much support and encouragement.”

“Since 1972, the Wolfson History Prize has recognised outstanding history writing that is rooted in excellent research, but which also sparkles and is eminently readable. Devil-Land is no exception. Clare Jackson’s engrossing book demonstrates how history can bring fresh insights to familiar events and shed new light on the narratives of our past.”

The Wolfson History Prize has been awarded annually since 1972 by the Wolfson Foundation, an independent charity that awards grants to support and promote excellence in the fields of science, health, education and the arts & humanities.

It was established largely on the initiative of the Wolfson Foundation’s then chairman, Leonard Wolfson, backed by trustees and other advisers, including the philosopher and historian Isaiah Berlin and the publisher George Weidenfeld.

The winners of the Prize span the full range of historical enquiry: from biography to social, cultural and economic history to books about politics, war and international relations. All periods and geographic regions are represented. The roll call of winners — and the announcement of the Prize each year — is a public statement of the importance of historical writing within British cultural life.

Dr Clare Jackson is one of six historians nominated in this year's shortlist for her original account of the rise and fall of the Stuart dynasty — one of English history’s most turbulent and radical eras. 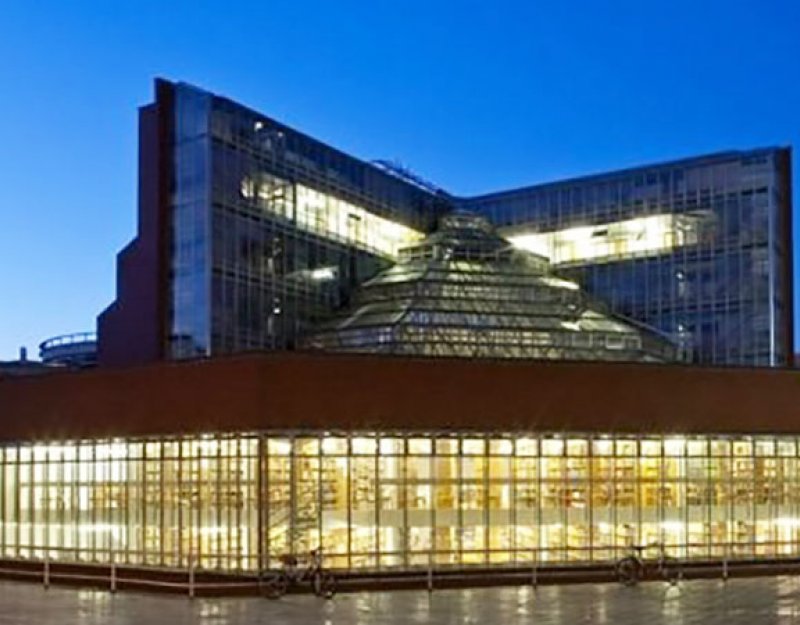 King George I established the Regius Professorship of Modern History in 1724. Today, the Faculty of History is one of the largest history departments in the world.