The new home for physics at Cambridge

The Cavendish Laboratory has been a beacon for some of the greatest minds in science, attracting researchers who have transformed our understanding of the physical world. Thomson’s identification of the electron, Wilson’s invention of the cloud chamber, and Rutherford’s discovery of artificial nuclear fission are just some of the leaps forward made possible by the unique environment of the Cavendish.

Those trained and educated at the Cavendish have made an enormous contribution to industry and innovation. Ray Dolby, an outstanding graduate student in the Laboratory, went on to develop the Dolby noise reduction system that was fundamental to his commercial success.

Thanks to the visionary philanthropy of the Dolby family and additional benefactors, together with funding from the UK government and the University, the Cavendish Laboratory is entering a new era of discovery, founded on innovation in scientific research strategy combined with investment in globally-leading people and facilities. In honour of an extraordinary gift of £85m from the Dolby family towards this vision, the flagship building of the Cavendish Laboratory will be named the Ray Dolby Centre. Located in the flourishing West Cambridge science campus, the Ray Dolby Centre will be a world-class facility for hundreds of academics, researchers and students, housing some of the most advanced, controlled experimental environments in the world.

“My father’s time at the Cavendish provided him with an environment where he got a world-class education in physics, and many of his successful ideas about noise reduction were stimulated by his Cambridge experience,” said Dolby’s son David. “Our family is pleased to be able to support the future scientists and innovators who will benefit from the thoughtfully designed Ray Dolby Centre.”

As a critically important catalyst for the future of physics at Cambridge, and a major international facility, the Ray Dolby Centre will foster new collaboration, drive discovery and offer inspired teaching. Incorporating new disciplines and major initiatives in – for example – the generation, transmission, storage and use of energy, an interdisciplinary approach will be embedded in its very design. This will allow the cutting edge of experimental observation and theoretical simulation to inform approaches to critically important societal challenges.

“Thanks to the generosity of Ray and Dagmar Dolby, the University is able to take forward its vision for an historic new chapter in physics”

Construction of this scale and sophistication is a major operation. Starting with highly detailed studies of the site to inform the location of ultra-sensitive facilities, to the fullest consideration of environmental impact, the project has required the very closest to attention to detail at every step, at the highest levels of international excellence. Whilst the Coronavirus necessitated a temporary closure of the site, new ways of working have allowed the construction team to continue, with building completion anticipated for August 2022 and full operation commencing a year later.

This is an incredibly exciting time for physics at Cambridge, continuing a tradition of pioneering discovery and the development of new fields of knowledge. The completed Ray Dolby Centre will lead the way in fostering new approaches and strong collaborations, and in educating the next generations of scientific leaders in the field. This has only been made possible by the pioneering work of Ray Dolby and the generosity and vision of the Dolby family.

To learn more about how to support this important and ambitious project, please contact: 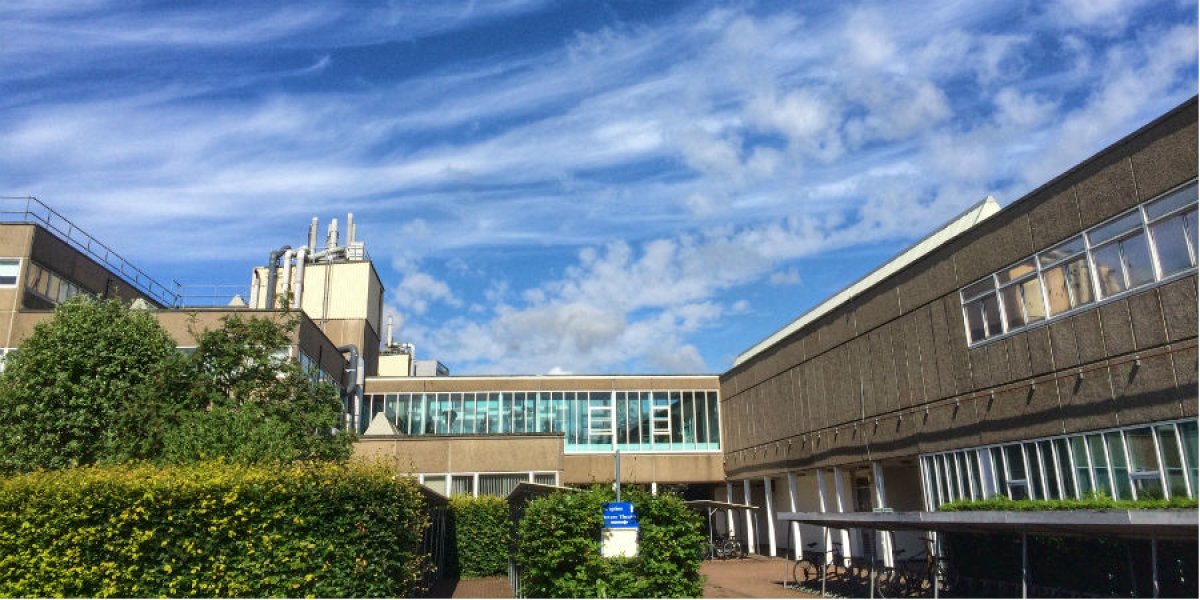 The Department of Physics at the Cavendish Laboratory carries out a range of research into biological, extreme, materials and quantum physics themes, as well as undergraduate and postgraduate teaching. This diversity of approach allows for cross-fertilisation of ideas and synergies for the analysis of physics problems.