The University of Cambridge is helping talented students from areas of conflict and instability access world-class further education thanks to the Cambridge Trust and the Cambridge Refugee Scholarship Campaign.

“A scholarship that would empower future leaders and help build the foundations for lasting peace and justice around the world.”

This is the vision of the student-led Cambridge Refugee Scholarship Campaign (CRSC), which was formed in response to the devastating impact that the ongoing refugee crisis has had on the education of young adults from areas of conflict and instability.

This vision was shared by the Cambridge Commonwealth, European & International Trust who gave £500,000 in October 2018 to establish the Rowan Williams Cambridge Studentship—named after the former Chairman of the Cambridge Trust’s Board of Trustees and Master of Magdalene College, Dr Rowan Williams. The full-cost award covers tuition fees, maintenance costs, and in some instances assistance with upfront travel and immigration costs. Approximately ten studentships are awarded each year to eligible undergraduate and postgraduate applicants from around the world.

It’s about all those who need opportunities that their circumstances deny them. Cambridge wants to fulfil its historic calling to be genuinely a place where anyone and everyone can come to have that enlargement of mind and heart.

The University welcomed the first cohort of scholars in 2019 from countries including Syria, Palestine Nigeria, Uganda and Afghanistan. Each student had faced significant challenges in continuing their education.

Amongst them was Humaira Rahbin (Lucy Cavendish), who came to Cambridge from Afghanistan with her three-year-old son Arsalan, having previously studied and worked in various international relations roles. Humaira has since graduated with an MPhil in Public Policy and now works for a UK-based communications agency that specialises in social change campaigns for governments, communities, businesses and NGOs. Speaking about the impact that the opportunity to study at Cambridge has had on her, she says:

"Cambridge has really widened my perspective towards any personal, academic and professional choices I will be making in life and it has also been a turning point and a milestone for my future achievements.”

Brenda Lapobo (Lucy Cavendish) came to Cambridge from rural Uganda, where she was active in community education advocacy, especially for girls. Her passion for the power of education to offer hope and opportunity to rural communities led Brenda to apply to Cambridge for an MPhil in Educational Leadership and School Improvement—an opportunity that would not have been possible without the support of the Rowan Williams Studentship. Reflecting upon her time at the University, she says:

“Academically, Cambridge has nurtured my ambitions and opened my eyes to view the world from a different perspective. It has stimulated my intellectual curiosity through engagement with people from such diverse backgrounds. It is a life-changing opportunity, a chance I would grab even ten times. It has changed my story, my career and personal growth.”

Reem Abbas (Jesus College) grew up in Jeddah, Saudi Arabia with her Yemeni family and dreamed of studying at Cambridge from an early age. But as a Yemeni, visa issues and financial barriers threatened to exclude Reem from taking up her place at the University. Reem would not have been able to undertake an MPhil in Modern and Contemporary Literature without receiving the support of a Rowan Williams Studentship. Reem is now continuing to pursue her passion as a PhD student.

Speaking about her love of academic life at Cambridge, she says:

“Being at Cambridge forced me out of my shell by creating safe spaces within which voicing critical thoughts and engaging in dialogues was encouraged. I learned to question my thought processes better and to challenge others when I felt it was necessary. This was especially big for me since I was used to silencing my own thoughts, a phenomenon that as it turned out, was annoyingly gendered!”

The third cohort of Rowan Williams scholars arrived this October for the start of the 2021/22 academic year. They include students from Somalia, Iraq, Philippines, Mexico, Columbia, India and Palestine, studying a wide range of subjects from public policy and criminology to clinical neuroscience and engineering. Their unique experiences and perspectives will enrich the University community.

Commenting on the programme, Director of the Cambridge Trust, Helen Pennant said:

"The Trust is proud to administer this exceptional scholarship programme, and I would like to express my sincere gratitude to all who have made it possible—the students for putting themselves forward, and our many colleagues across Cambridge for their support in offering expertise in guiding the selection of scholars, funds to provide additional benefits and their time and goodwill to help ease the transition of the students to Cambridge. I would also like to thank Dr Williams himself who has been involved in this programme from the very beginning for giving both his name to the studentship and his personal support." 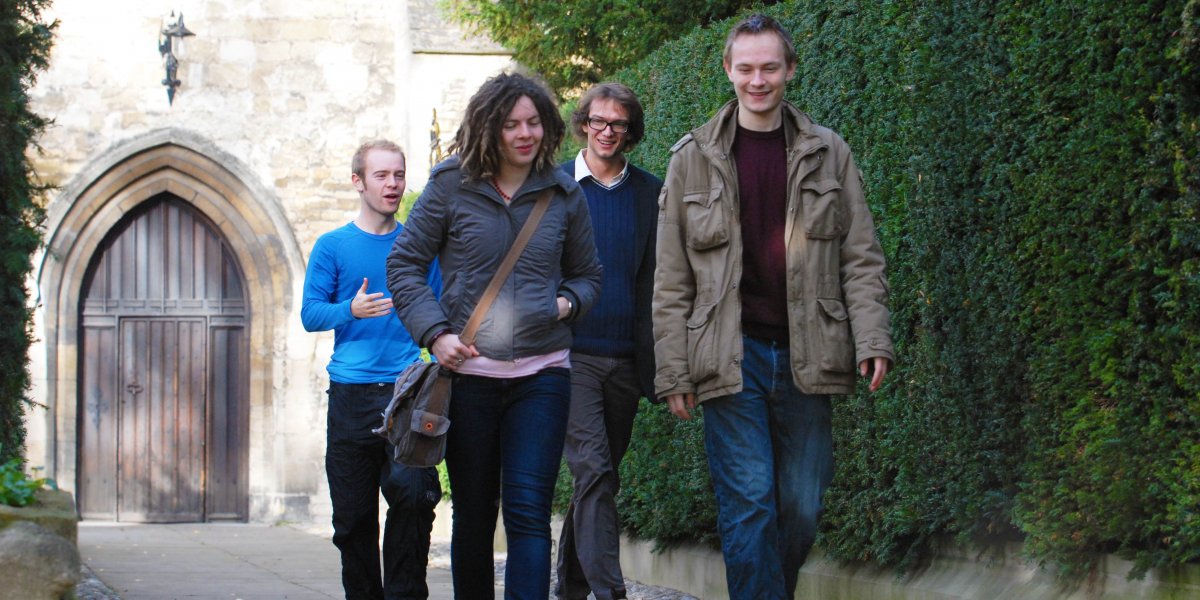 There are thousands of students out there who could make their mark on the world.